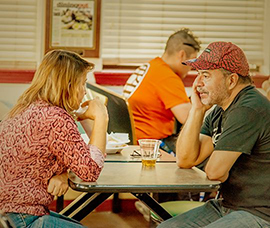 Having fun and playing hard at Adventure Zone sure can work up an appetite! Our restaurant specializes in family favorites including taco’s, pizza, wings, salads, and snacks. 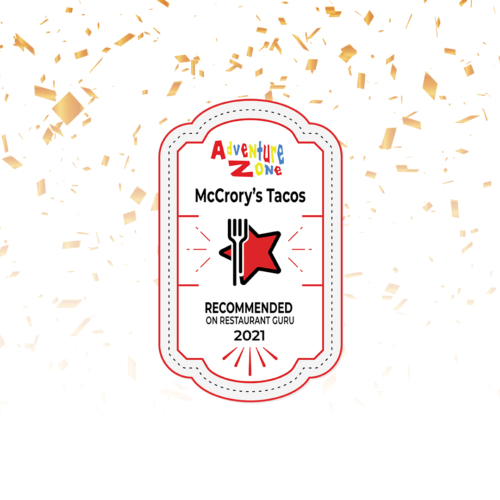 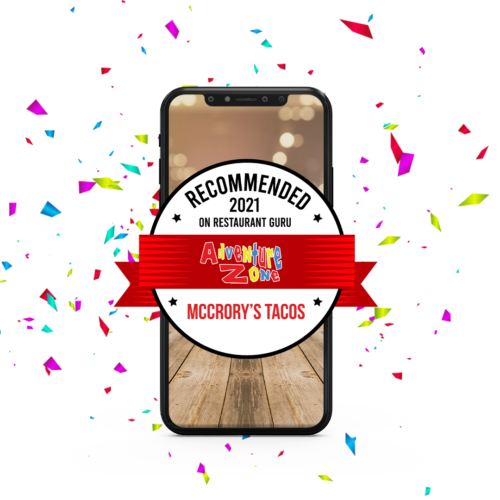 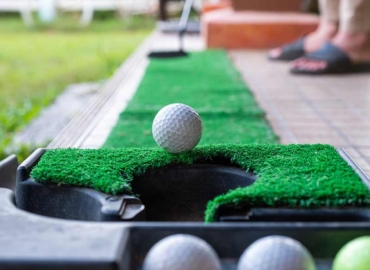 Half Off Mini Golf
Mini Golf Monday (half off mini golf) 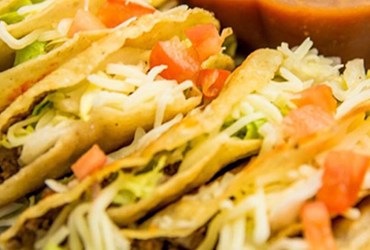 When you’ve gotta have them, but don’t want to drive…

HOME OF THE WORLD FAMOUS TACOS

Our tacos have never changed and are still made the same way with all fresh ingredients. Our taco meat is always fresh and made with just the right amount of herbs. Our toppings are always guaranteed fresh and our cheese is made with the highest quality dairy products available.

Starting in 1951, a small pharmacy owned by the McCrory family, located across from Providence hospital on Oregon started selling tacos.  The lunch counter was soon full and the legend of McCrory tacos was born.  Many El Pasoans through several generations grew up on them.  In 2002, as Adventure Zone was being built,  McCrory pharmacy decided to move and leave their restaurant behind.  This became a front-page story in the El Paso Times, which I happened to see.  I went there for lunch that very day, and the following day I hired their cooks and got the recipe with the blessings of the entire McCrory family.  Many things have changed since then, but not the recipe and now we have sold over 4 million tacos ourselves. The reputation has grown, and now the McCrory tacos have become something bigger.  They became the World Famous Adventure Zone tacos.  The name may have changed, but the tacos have not.  They never will.

From our World Famous Tacos, to our hand-tossed pizza, to our homemade burgers,
we have something for every taste bud, bud! 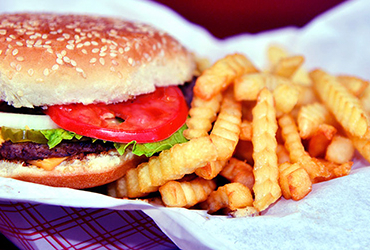 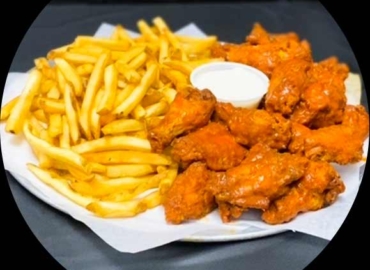 Grilled Cheese and fries with a 20 oz drink

2 Slices of pizza with fries and a drink 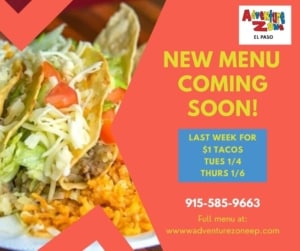